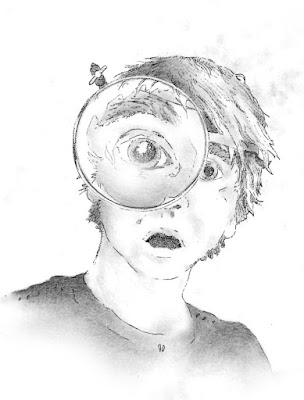 I'm trilled to present a sneak peek at another illustration from Stirring! Mikael Jury has outdone himself again! Late last year I approached Mikael about my desire to see the twins' faces realized, through  illustration, as the stories continued to unfold. We collectively decided to shy away from this approach with Awakening, which is why close ups of the characters faces never appear in that story. However, I felt it was time to begin the process with the second book. Here is the object of that decision!

Are you even slightly curious why the contraption is on Ethan's head? If the answer is 'YES' then never fear. I put the last period on the last sentence of the last page of Stirring just last night. It is already off to Joanna for editing. You can be expecting the book no later than mid April! 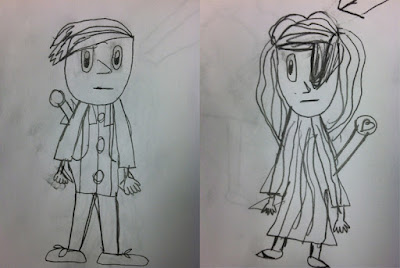 Be sure to visit the Fan Art Page! There's lots of new additions!
at February 16, 2012 No comments: